How does vitamin C ascorbic acid play an anticancer role?

The most reported anticancer effects of vitamin C are blood tumors, digestive tract tumors and gynecological tumors, but the mechanism is not yet clear. Currently there are mainly:

1. Large doses of vitamin C in its oxidized form, dehydroascorbic acid (DHA), lead to reactive oxygen species (ROS) in tumor cells through the destruction of intracellular redox systems such as glutathione (GSH) and the depletion of reducing substances The accumulation of β-cells triggers a series of secondary changes, such as DNA damage and activation of ubiquitinated proteasomes, leading to apoptosis and necrosis.

2. By affecting the expression of tumor apoptosis-related genes p53, Bcl-2, etc., it interferes with the tumor cell cycle and induces tumor cell apoptosis.

3. It has a synergistic effect with some chemotherapy drugs, such as arsenic trioxide, gemcitabine, tea polyphenols, etc. The oxidized form of vitamin C, DHA, reduces the cytotoxic effects of doxorubicin, methotrexate, and cisplatin by 30%-70% on leukemia and lymphoma cells. 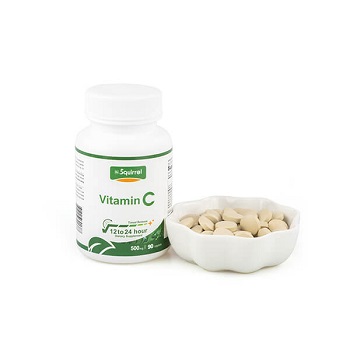 4. Prevent the synthesis of nitroso compounds and play a preventive role in gastric cancer and esophageal cancer.

In clinical trials, it was found that patients receiving high-dose intravenous vitamin C were generally well tolerated, but there were also certain adverse reactions, such as diarrhea and flatulence being the most common symptoms.

What are the controversies about ascorbic acid anti-cancer?

The research on high-dose vitamin C has achieved certain results, but many studies are in vitro basic research, and most of the clinical studies are still case reports and phase I, phase II clinical studies and other lower-level evidence-based medical research evidence, lack of more evidence. Central, larger sample size, prospective normative study.

The BBC has deeply exposed the dangers of antioxidants such as vitamin C. Not long ago, a new study by the authoritative oncology journal JCO showed that long-term, high-dose vitamin B6 and B12 supplementation may increase the risk of lung cancer in men by 2-4 times. There are also many studies showing that vitamin D does not play a role in preventing cancer.

In the face of such a fiery vitamin anti-cancer theory, some domestic and foreign experts believe that the use of vitamins in anti-cancer should be used with caution, and should not be used as a general anti-cancer treatment. Vitamins, excessive use will not increase the therapeutic effect. Let’s not foolishly think that “if you have cancer, you can cure it by eating vegetables without treatment”, and “vitamin C is water-soluble and can be excreted from the body, so eating more will be better for anti-cancer effects” and other fallacies.