In autumn and winter, people are susceptible to wind and cold. Many patients will eat some foods rich in vitamin C to enhance the body's resistance. For colds and coughs, they will always take one or two vitamin C capsules. Can vitamin C really relieve cold symptoms, and can it really help prevent colds?

Vitamin C is an essential nutrient for animals and a few other organisms. It has anti-oxidative properties, assists in the synthesis of collagen, and maintains immune function. It is widely found in all kinds of fresh vegetables and fruits and can be obtained through food.

Several studies conducted observational studies in people taking daily vitamin C. In 30 studies comparing the duration of colds in people, participants who consumed at least 200 mg of vitamin C per day experienced a reduction in the duration of common cold symptoms, however this was not the case. This effect appears to be small, equivalent to a reduction of half a day for adults and a reduction of half a day to a day for children.

The researchers also found no difference in the duration or severity of the cold among the studies in which participants started taking vitamin C only after they had a cold. 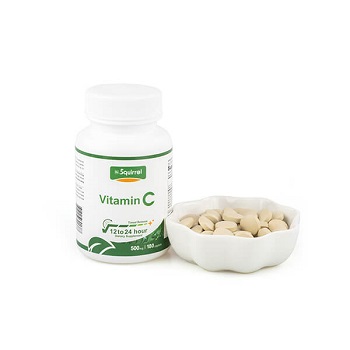 For the average person (and none of the people who take vitamin C consistently), vitamin C intake does not reduce the number of colds, or the severity of colds.

There has always been controversy on this issue.

A 2006 study published in the European Journal of Clinical Nutrition showed that daily vitamin C supplementation helped reduce the incidence of colds. At the same time, the antihistamine effect of vitamin C can relieve cough, runny nose, nasal congestion and other cold symptoms.

Another study published in 2007 showed that athletes (such as skiers, military personnel in training, and marathon runners) supplemented with vitamin C to prevent colds far more effectively than the general population. In other words, for ordinary people, the effect of vitamin C against colds is almost negligible.

The U.S. Food and Drug Administration also pointed out that so far, no strong evidence has been found to prove that vitamin C has the effect of preventing colds.

There is no information on the prevention and treatment of colds in the drug instructions of vitamin C tablets in my country.

Fruits and vegetables contain a lot of vitamin C that helps to improve immunity. In this regard, vitamin C supplementation can indeed prevent colds.

What should I do if I have a cold and cough?

Most colds and coughs often have symptoms such as sneezing, runny nose, nasal congestion, cough and expectoration, sore throat, and fever. If the symptoms are mild, the body can activate the immune system to kill pathogens through appropriate fever. If the fever is too severe, seek medical attention as soon as possible to treat.

If the body only shows one or two cold symptoms, it is not recommended to use compound cold medicines, so as to avoid over-medication and increase the burden of liver and kidney detoxification. Colds are mainly caused by viral infections. Antibiotics only work on bacteria and are ineffective against viruses. Use antibiotics freely.

For colds and coughs, patients with dry cough without sputum or less sputum can take antitussive drugs appropriately, cough with sputum, and more sputum patients should not use antitussives to prevent sputum from accumulating in the body, causing secondary infection and aggravating symptoms.

Patients with expectoration need to resolve phlegm and eliminate phlegm. For chronic bronchitis cough or wind-cold cough with excessive phlegm, it is recommended to take Chinese patent medicine Zhikebao tablet. It does not help heat, relieves the surface without hurting the right, and removes the evil while supporting the right. The characteristics of both specimens are taken into account.

In short, for people with normal immune function, as long as they wash their hands frequently, exercise regularly, eat healthy, pay attention to personal hygiene, and take precautions during the high-incidence season of colds, they can stay away from colds without deliberately supplementing vitamin C. If you are really unfortunate enough to catch a cold, you can also shorten the course of the disease and reduce pain by drinking more water, resting more, and taking appropriate medicines, and there is no need to supplement additional vitamin C.