L-carnitine is found in many supplements and energy drinks. The rationale behind taking L-carnitine is that it is thought to boost your metabolism, help you lose weight, and improve your athletic performance.

The word carnitine comes from the Latin word for meat or meat. L-carnitine is clearly an important nutrient we get from meat. It is a natural chemical made by the kidneys from two amino acids. Technically, L-carnitine is not needed in our diet because it is synthesized in our body from other substances. 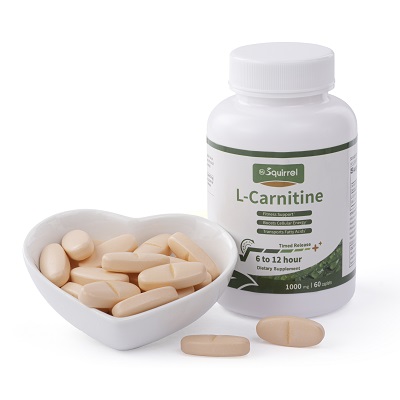 What are the food sources of L-carnitine?

You can get L-carnitine from non-animal sources in whole-grain bread and asparagus. Adults who eat meat regularly typically get about 60 to 180 mg of L-carnitine per day through their diet. Vegetarians and vegans tend to consume about 1-12 mg per day. The body absorbs 50% to 80% of the L-carnitine it is ingested from dietary sources.

How does L-carnitine work?

The main function of L-carnitine in the body is to assist mitochondrial function. Mitochondria are the cellular engines that produce energy. L-carnitine transports fatty acids into mitochondria, where it is converted into energy through biochemical processes. During periods when the body is deprived of calories, such as during exercise and dieting, L-carnitine helps the biochemical mechanisms that move fatty acids from body tissues and transport them to cells for conversion into energy. 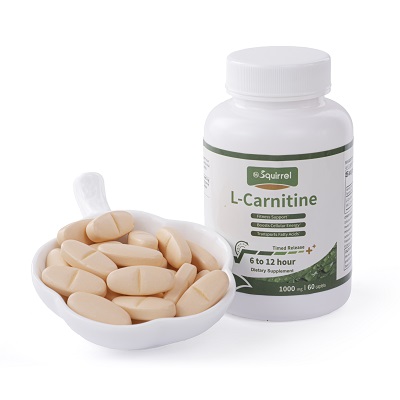 L-carnitine 1000mg controlled release tablet is made by outer coating controlled release technology, it is different from sustained release hydrophilic matrix technology,there are numerous tiny holes around the surface of the whole coating, the raw material of each tablet is dissolved in water, it will start to release in the body after half an hour when  swallowed, the inner active ingredients of each tablet can release and release through the tiny holes during 6 to 12 hour in the body as time passes by, that is to say it can burn fat for 6 to 12 hour.

As for directions, we suggest two kinds directions for you. You can take one tablet with meal or water in the morning if you are the officer working in the company without too much activity in the whole day. If you often work out at the gym,another suggest is that you can break one tablet into two halves along with the middle break line and take them before 2 to 3 hours when you start to workout.