How does Vitamin C benefit skin

Vitamin C, also known as ascorbic acid, is one kind of water-soluble nutrient that plays an important role in maintaining skin health due to its antioxidant, anti-aging, and anti-pigmentation properties. 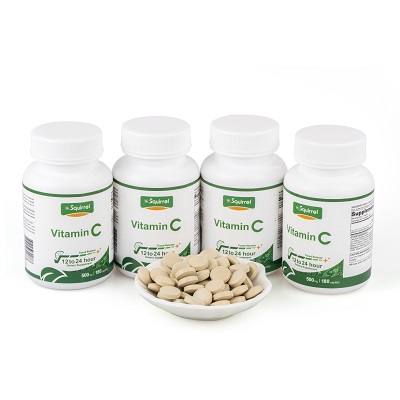 What is controlled-release on dietary supplements?

Controlled-release dietary supplements use a special technology to release small amounts of the Vitamin C into a person's system over a long period of time. This is also referred to as timed release,sustained release or extended release. These tend to come in tablet form and are simply made to be more potent but dissolve slowly.

Maybe you know time release vitamin c 500mg capsules,others are 1000 mg and 1500 mg on Amazon.com. They release need two stages, releasing 6 hour by one stage, so releasing 12 hour by two stages. Ours are different completely from them on Amazon.

We develop and use a unique membrane controlled slow release technology. The micropores enter the tablet core, and the active ingredients are dissolved and then released at a uniform rate through the micropores. After swallowed, the inner active ingredient starts to release after 20 minutes, and it can release continuously for more than 10 hours to more than 20 hours according to needs. It often release 12 to 24 hour by one stage, and it is enough to take once a day.

How to use sustained release vitamin c for skin care?

Whether your skin is dry, oily or combination skin, vitamin C benefits skin health, helping it to look healthier and look younger. There are two ways to use vitamin C for skin care: nutrient intake and topical application.

Foods rich in vitamin C, such as oranges and berries, have many health benefits. While you can get plenty of vitamin C by eating plenty of fruits and vegetables, dietary vitamin C is usually not enough for you to see noticeable improvements in your skin.

Vitamin C can be used in facial moisturizers and serums. Serums are more concentrated and more easily absorbed into the skin than moisturizers, which is why more skincare experts recommend vitamin C serums.

Sometimes less is more. Most studies show that when used as a topical serum, vitamin C works best in your skincare routine. Even serums containing low concentrations (less than 1%) of vitamin C can still provide antioxidant protection and skin benefits. 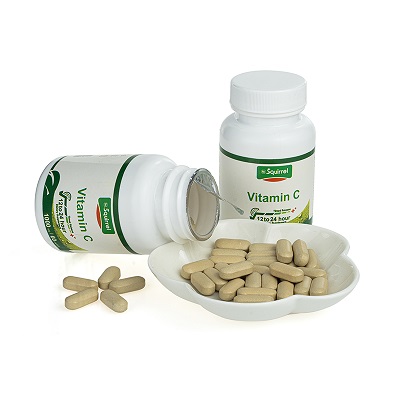 What are the benefits of vitamin c tablets for the skin?

When you notice dark circles under your eyes after a night or two of poor sleep, you're actually seeing a network of blood vessels under your skin.

In a small clinical study, researchers observed that vitamin C can help reduce and prevent dark circles by strengthening the otherwise thin, fragile skin under the eyes. The antioxidant properties of vitamin C make the skin more elastic and elastic, helping to hide the underlying blood vessels.

Hyperpigmentation -- a common condition characterized by dark patches on the skin -- is often caused by overexposure to the sun's ultraviolet (UV) rays and environmental stress. While harmless, hyperpigmentation can make you look older.

A study found that the antioxidant properties of vitamin C play an important role in fighting unwanted dark spots and preventing signs of aging caused by sun damage. Vitamin C also helps inhibit the production of tyrosinase, an enzyme that aids in the production of melanin, preventing hyperpigmentation.

Vitamin C has no effect on normal skin color - it does not fade normal dark skin pigmentation, only abnormal melanin deposits caused by sun damage.

Without enough moisture, the epidermis (surface layer of the skin) begins to dry out, leading to itchy, scaly skin and premature aging. Hydration is essential for maintaining healthy and youthful looking skin.

Fortunately, vitamin C is clinically proven to help the skin retain moisture, keep it plump and smooth, and prevent it from becoming too oily or dry. Researchers found that people who took supplements containing vitamin C showed significant and sustainable improvements in skin hydration, elasticity, and roughness.

Spotted, uneven, and red skin can appear for many reasons, including inflammatory skin conditions (such as eczema and rosacea), sun exposure, hormones, and medical conditions.

However, thanks to vitamin C, you don't have to suffer from redness. Numerous studies have shown that this powerful vitamin can minimize redness due to its anti-inflammatory and antioxidant properties. Vitamin C also helps repair damaged capillaries that cause redness in the skin, creating a smoother, more even skin tone.