L-carnitine is an important nutritional supplement for the middle-aged and elderly. Myocardial energy comes from the oxidation of fatty acids. As an important nutrient of myocardium, L-carnitine can increase myocardial capacity and lead to the increase of cardiac blood output, so it has an obvious protective effect on the heart. With the increase of age, the content of L-carnitine in the middle-aged and elderly people decreases continuously, resulting in the decline of cardiomyocyte vitality. Therefore, L-carnitine needs to be supplemented to enhance the ability of myocardium. Diabetic patients and people with renal function diseases have too much urine excretion. The consumption of L-carnitine in the body is large. They can not meet the needs of their own synthesis, which can easily lead to the lack of L-carnitine. They need long-term supplementation of L-carnitine to meet the needs of the body.

The liver is an important metabolic organ of lipids and fats. In addition to eating too much fat can lead to fatty liver, when the body lacks L-carnitine or methyl supply is insufficient, it will cause obstacles to the oxidation of long-chain fatty acids, and also lead to excessive accumulation of fat in the liver and fatty liver.

L-carnitine can promote the metabolism of harmful substances: L-carnitine can increase the oxidative energy supply of fatty acids, reduce the anaerobic fermentation of muscle glycogen, inhibit the production of lactic acid, and accelerate the elimination of lactic acid accumulated during exercise. Carnitine also participates in the metabolic transport of branched acyl groups. In addition, it can also remove free radicals and promote urea cycle. 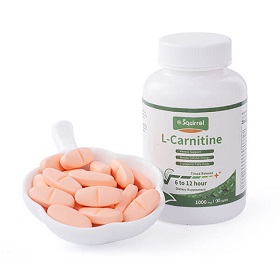 L-carnitine is the main component of the drug L-carnitine. Clinically, it can be used to regulate hemorrhagic shock. In addition to the dysfunction of vasomotor and systolic function caused by endocrine disorder under stress, the mechanism of hemorrhagic shock is also closely related to the increase of free radical content and cell damage caused by ischemia and hypoxia. In addition, during hemodialysis, because the relative molecular weight of L-carnitine is relatively small and soluble in water, it is not easy to combine with plasma protein. In dialysis patients with chronic renal failure, due to less dietary intake and less endogenous synthesis, coupled with hemodialysis clearance, the plasma free carnitine concentration can be reduced by 70%, and more than 90% of uremic patients after three months of dialysis have carnitine deficiency, L-carnitine needs to be supplemented with drugs to alleviate adverse symptoms.

In animal feed, L-carnitine, as a non nutritional additive, is widely used in a variety of animal breeding. It is found that L-carnitine can improve the weight gain rate of aquatic animals in aquaculture; Improve the reproduction rate of fish; Reduce the body fat of aquatic animals and improve the meat quality; The survival rate of aquatic animals can be reduced by saving feed protein; In poultry, it can significantly improve the growth of Broilers and laying performance of laying hens, improve feed conversion efficiency and reduce mortality; In terms of piglet growth, L-carnitine can significantly improve piglet body weight, daily gain and feed conversion efficiency. The appropriate addition level in the experiment is 50 mg / kg, and the feeding economic benefit is increased by 33.82%.

L-carnitine is also an energy substance for sperm maturation, which can improve the number and vitality of sperm.

L-carnitine has many functional groups and can be used as organic synthetic raw materials. For example, carnitine can be used to synthesize chiral 3-hydroxytetrahydrofuran.

L-carnitine internal salt has strong hygroscopic ability and has been added to cosmetics as a moisturizer.