Home / News / Melatonin-is it okay to take it every night?

Melatonin-is it okay to take it every night?

What are the benefits of melatonin controlled release tablets? 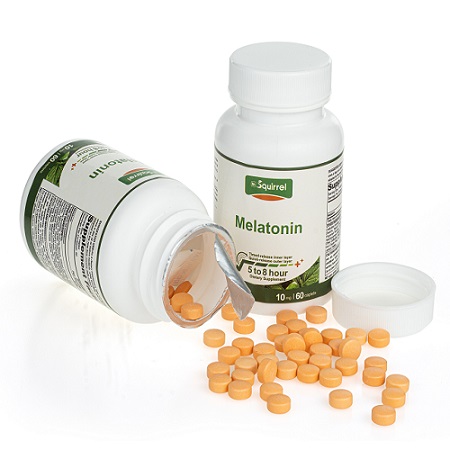 Melatonin is a natural hormone that plays a role in your sleep-wake cycle. It is mainly synthesized by the pineal gland located in the brain. As a substance secreted by the pineal gland during sleep, melatonin is particularly important for maintaining the sleep cycle. After age 30, melatonin production begins to decline, leaving it at about half its level by age 45, and then vanishes after age 70. Melatonin is an indispensable natural sleep factor in human body.

Melatonin is released in the dark and is inhibited by light. As the sun goes down and darkness increases, the pineal gland begins to secrete melatonin, which usually occurs after 9pm. An increase in the level of melatonin in the blood sends a signal to the brain, making the brain less alert and you will feel sleepy.

Melatonin secretion peaks in the middle of the night (between 2 and 4 in the morning) and gradually decreases in the second half of the night.Nearly 80% of melatonin is synthesized at night.

The production and secretion of melatonin began to decline with sunlight. This keeps you alert and wakes you up in the morning.

For people with sleep problems, melatonin can be used as a sleep aid supplement in the form of pills, liquids and chewable tablets.

The following issues can benefit from taking melatonin supplements:

Traveling across multiple time zones will bring you jet lag and disrupt your sleep patterns.

Night shifts,shifts and even early shifts may cause shift work disorders. This can lead to lack of sleep and the inability to fall asleep when needed.

You cannot fall asleep quickly, so you will eventually stay awake after midnight and have difficulty waking up early in the morning when needed.

The doctor also recommends melatonin supplements for the following conditions:

7. Reduce anxiety before and after surgery. 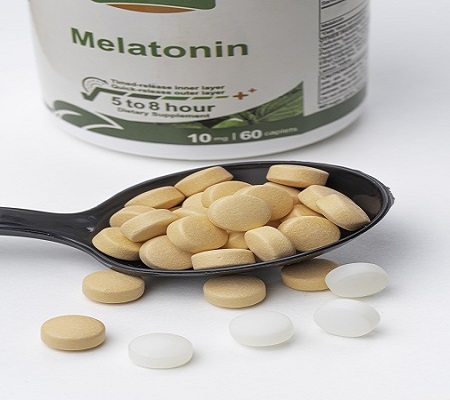 How long does it take for sleeping aid melatonin to work?

With the recommended dose of melatonin (1-3 mg), it takes about one to two hours to induce sleep. Therefore, you should take melatonin supplements two hours before bedtime.

You need to start taking these pills a few days before travel if you want to take melatonin to avoid jet lag, please take melatonin sleeping pills two hours before going to bed after arriving in the new time zone.

Is it okay to take melatonin every night?

It is safe to take melatonin supplements every night,but only for short-term use. This is because there is less information about its long-term safety. Caution is also required when administering melatonin to children. Please contact your healthcare provider or pediatrician for more advice.

Taking the recommended dose of melatonin may increase your blood melatonin level to 20 times the normal level and cause side effects, including:

It is safer to use melatonin for a short period of time. If you want to continue taking it for a long time, please consult your doctor.

You can try to switch from melatonin supplements to other options,such as meditation, muscle relaxation,biofeedback therapy to solve your sleep problems.

If you find yourself addicted to melatonin supplements or suffer any side effects,you need to contact your doctor.

Due to the melatonin content, certain foods and liquids can make you fall asleep faster and improve sleep quality. These include tomato, walnut, almond, olives, rice, barley, strawberry, cherry,