Melatonin-what happens after taking it 01

According to the CDC, about 70 million Americans have chronic sleep problems. Out of the desire for sweet sleep, many people are trying to take the hyped melatonin to improve sleep. The national health interview survey found that its use in the United States more than doubled between 2007 and 2012.

However, what exactly is melatonin? It is a hormone naturally produced by the human body. It lets us know it's time to go to bed. Melatonin naturally produced in the human body does not induce sleep, but biochemical signals related to darkness tell the brain that night is coming. Melatonin is released by the body a few hours before going to bed. It helps regulate the sleep / wake cycle.

Although melatonin is the only over-the-counter sleeping aid available on the market, scientific research shows that taking it can be very helpful only when a person's natural melatonin secretion is abnormal - this happens to people who work at night or have jet lag.

Although taking melatonin can make people drowsy, it is not a good hypnotic unless you try to sleep at the "wrong" time, such as shift workers sleeping during the day, or those who try to sleep in a new time zone after international travel. 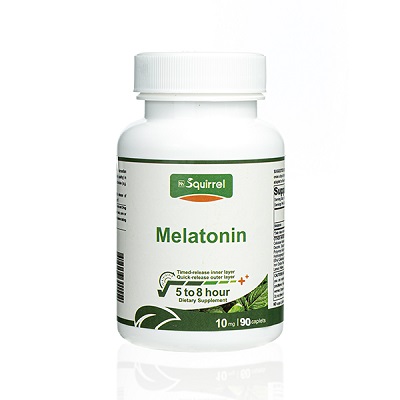 Melatonin does not always work

Taking melatonin is not addictive

Even considering the overall effectiveness of melatonin, it is favored by doctors rather than being used as a prescription drug to treat sleep problems. Taking melatonin is not addictive, has no withdrawal symptoms, poses no fatal risk of overdose, and does not need to increase the dose over time. Although it has not passed the formal safety review of the U.S. Food and drug administration, the analysis of existing studies shows that it has good safety.

Melatonin can also cause side effects

Even so, those considering taking melatonin should be aware of some potential hazards. Melatonin is not without potential side effects, including headache, depression, daytime sleepiness, dizziness, joint pain, stomach cramps and irritability. Some people also reported that their dreams were made vivid by taking melatonin.

Although overdosing melatonin is not life-threatening, users still need to be vigilant: higher doses (20-30 mg) may be harmful to adults.

Melatonin may interact with other drugs

Melatonin is not for everyone. It can interact with a variety of drugs, including anticoagulants, antiplatelet agents, anticonvulsants, contraceptives, drugs for treating diabetes and immunosuppressive agents. In addition, do not use melatonin if you are pregnant or breastfeeding, or have autoimmune diseases, epilepsy, depression.

Melatonin may also raise blood pressure levels in people taking certain hypertension drugs. If you have the habit of drinking coffee or wine at night, experts recommend avoiding it. In addition, you should not drive after taking melatonin.