We will introduce more information about melatonin, such as the benefits, possible side effects and interactions and warnings.

Melatonin is a chemical that your brain produces when it darkens on the outside. It is called the sleep hormone because it tells you when to sleep and wake up. You can also buy melatonin supplements at almost any grocery store or pharmacy. Studies have shown that these supplements are safer and have fewer side effects compared to many prescription sleeping pills. 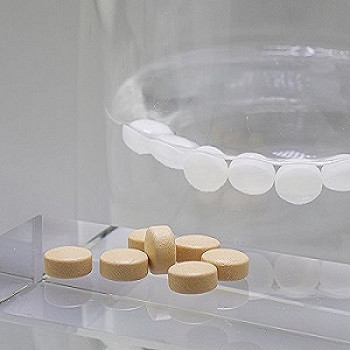 Hundreds of studies have concluded that melatonin is safe and effective as a sleep aid. Here are some discovered benefits of sleep and other possible health.

It can help insomnia, jet lag,shift workers, and the elderly have a better sleep.

Jet lag occurs when you travel across time zones. For at least a few days after travel, your body clock is still set to where you came from, not where you arrived. This can make you feel tired and have difficulty concentrating. Many studies have found that melatonin can help you overcome jet lag symptoms.

Uveitis: an eye disease that causes sudden redness, swelling, and pain in the eyes.

Glaucoma: A group of eye diseases usually caused by pressure inside the eye. If left untreated, this can damage the optic nerve, which sends signals from your eyes to your brain.

Age-related macular degeneration (AMD): An eye disease that blurs the central and frontal vision of people 65 years of age and older.

Melatonin has a protective effect. It can reduce inflammation and oxidative stress caused by free radicals. These unstable molecules can damage cells and tissues.

Melatonin helps protect the retina of the eye from further damage.

Many people with autism do not produce enough melatonin and have sleep problems. 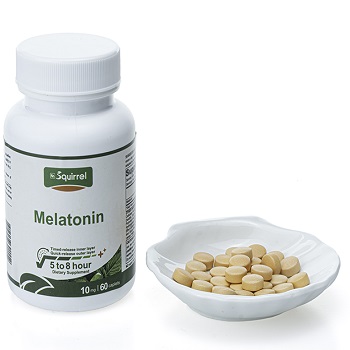 May cause drowsiness, headache, dizziness, nausea, and nightmares.

If you take too much melatonin, you may end up feeling a hangover. This usually disappears quickly.

Melatonin may remain active for longer in the elderly. This may cause drowsiness during the day.

Interactions and warnings of melatonin supplements

Even if melatonin is sold over the counter,you should consult your healthcare provider before taking it.This is especially true if you are already taking medication for other health problems. Melatonin may affect the way your body processes certain drugs,thereby increasing or decreasing the effects of these drugs.

Taking melatonin may increase the risk of bleeding if you take medicine to prevent blood clots.

The interaction may weaken the prevention of seizures if you take epilepsy medications.

Melatonin may increase the sedative effect of these drugs.

Melatonin may increase your blood pressure if you have hypertension.

People with diabetes may experience hyperglycaemia levels when taking melatonin.

People with autoimmune diseases take drugs to weaken the body's immune system response. People who have received organ transplants take drugs to prevent their bodies from rejecting their new organs. Melatonin may reduce the effectiveness of these drugs.

Some birth control pills may increase melatonin levels and make you feel sleepier.

People with obsessive-compulsive disorder (OCD) may take Luvox to prevent unnecessary thoughts or repetitive behaviors, such as washing hands. This medication will increase the level of melatonin and make you feel drowsy.