Melatonin is secreted by a tissue called the "pineal gland" in the brain, and its main role is to help the body maintain sleep-wake rhythms (also called circadian rhythms).

The circadian rhythm is directly related to the light and dark changes of the external environment. The so-called "work at sunrise and rest at sunset", among which melatonin plays a very important role.

What factors affect the release of melatonin?

The first is light.

Therefore, if you are used to brushing your phone before going to bed, and you feel that it is more difficult to fall asleep recently, you may have to change your bedtime habits. (You just listen to this truth, you can't do it anyway).

In addition to light, aging, night shifts, and jet lag can also affect melatonin production, making it difficult for you to fall asleep. 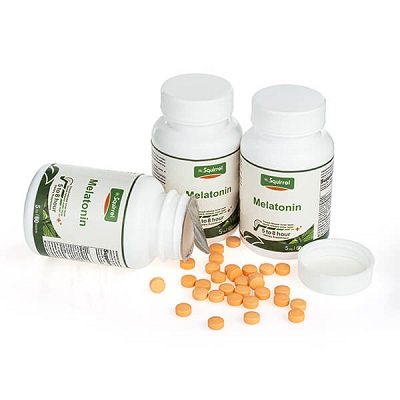 There are natural and synthetic sleeping aid melatonin, which is better?

There are two types of melatonin: natural and synthetic.

"Natural", this term gives people the feeling that it is safe, good, and expensive. If you think so too, be careful not to fall into a mental trap.

Natural melatonin comes from the pineal gland of animals; therefore, if the materials are not carefully checked, there is a risk of carrying viruses in animals.

Synthetic melatonin, although it is man-made, has the same chemical structure as the natural one, and of course it plays the same role in the body.

If you must use melatonin, I suggest you choose synthetic, after all, the quality of industrial production lines is more controllable.

As many as one-quarter of healthy children and three-quarters of children with neurodevelopmental and psychiatric disorders have reported insomnia disorders.

Melatonin is an effective treatment for children with delayed sleep phase syndrome. However, there is currently a lack of evidence for daily use in healthy children and insufficient evidence for the long-term safety of melatonin in children and adolescents. Therefore, children should use melatonin with caution.

As for pregnant and breastfeeding women, there is a lack of safety research on taking melatonin. Therefore, it is not recommended to use.

Is it safe for other healthy people to take slow release melatonin daily?

Overall, no clear hazards have been identified so far. However, data on long-term melatonin use are still scarce.

However, I recommend that you use other methods to consolidate the synthesis of melatonin, such as:

Reduce your exposure to blue light 2-3 hours before bedtime - don't look at electronic screens such as cell phones.

Avoid bright lights when you wake up at night. Night lights in red or flame-like colors can be used.

To sum up, there is not a lot of data on melatonin at present. Although overall, no clear harm has been found, but some special groups are not recommended to take it.