Home / News / Probiotics should not be consumed in excess

Probiotics should not be consumed in excess

"Probiotics" are often used in dairy advertisements to promote the health benefits of the product. However, not long ago, "New Scientist" magazine published an article saying that probiotics are basically useless and may even be harmful.

The article pointed out that the survival status of probiotics in the gut varies from person to person, and there is no universal probiotic for everyone. Taking probiotics not only does not help restore and improve the intestinal system after receiving antibiotic treatment, it can also cause confusion in the intestinal microbial system.

Probiotics are good for gut immunity

Bacteria can be roughly divided into three types, namely: probiotics (helpful to human health), pathogenic bacteria (which can make the human body sick), and opportunistic pathogens (commonly known as "wall head grass", which live in certain parts of the human body and are normally It does not cause disease under circumstances, but can cause disease when the balance of the body is disrupted). 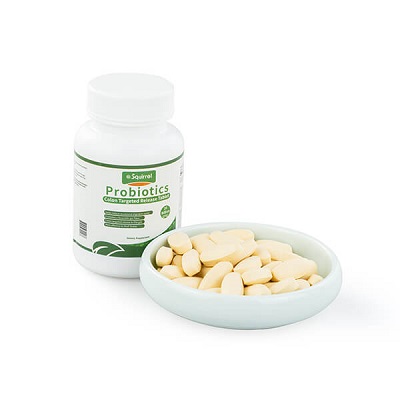 The bacteria that are beneficial to the human body are called probiotics. They can balance the pH value of the intestines and promote the balance of the flora in the body, thereby making the body healthier. The gut is responsible for more than 70% of the immune function of the human body. If the gut is the training base for immunity, probiotics are the trainers. The intestinal flora is combined according to a certain proportion, and each flora restricts and depends on each other, forming an ecological balance in terms of quality and quantity.

To put it simply, probiotics are active microorganisms that maintain a balance between beneficial and non-beneficial bacteria in the digestive tract. Regarding gut microbes, there is a placeholder theory. That is, suppose there are 100 locations in the gut, 50 of which are probiotics and 50 of which are pathogenic. We ingest probiotics to grab the position of pathogenic bacteria. The more positions we grab, the greater the proportion of probiotics, and the less likely pathogenic bacteria are to cause disease.

Live bacteria that can play an effective role in the health of the consumer by ingesting appropriate probiotics.

Common probiotics such as bifidobacteria, lactobacilli and streptococcus, etc., they are closely combined with the intestinal mucosa, forming a barrier to the intestinal tract, inhibiting the overgrowth of opportunistic pathogens, and blocking the invasion of foreign pathogens; at the same time Probiotics stimulate the intestinal mucosa to secrete mucus and cytokines, which can resist the invasion of pathogenic bacteria; probiotics can also promote the secretion of immunoglobulins and play an immunomodulatory role.

However, some researchers say that the effectiveness of probiotics has not been rigorously clinically tested, and the Food and Drug Administration has never given official certification.

Probiotics should not be consumed in excess

Those in the observation group that used probiotic supplements had their guts quickly taken over by probiotics, but it took up to 6 months for their original healthy flora system to recover, that is, the probiotics caused the gut microbiome The system is messed up. The health of the gut depends on the balance of the flora in a certain proportion. Even if it is beneficial bacteria, giving too much is not acceptable, and even harmful.