Vitamin C is an essential Vitamin, which means your body cannot produce it. However, it has many effects and has been associated with impressive health benefits. It is water-soluble and found in many fruits and vegetables, including oranges, strawberries, kiwi, bell peppers, broccoli, kale, and spinach.

While getting Vitamin C from food is generally recommended, many people turn to supplements to meet their needs. 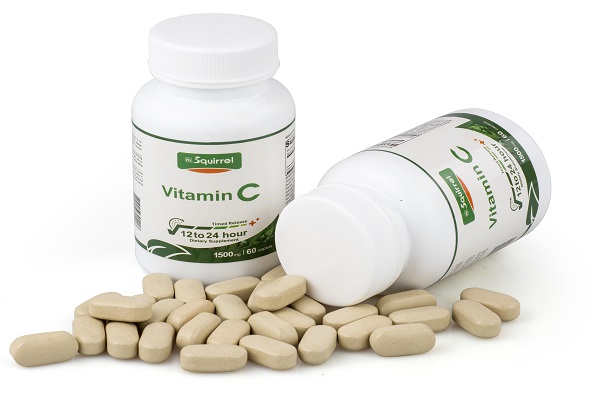 May reduce the risk of chronic disease

Vitamin C is a powerful antioxidant that boosts the body's natural defenses.

Antioxidants are molecules that strengthen the immune system. They do this by protecting cells from harmful molecules called free radicals. When free radicals accumulate, they promote a state called oxidative stress,which is associated with many chronic diseases. Studies have shown that consuming more vitamin C can increase antioxidant levels in the blood by 30%. This helps the body's natural defense system fight inflammation. 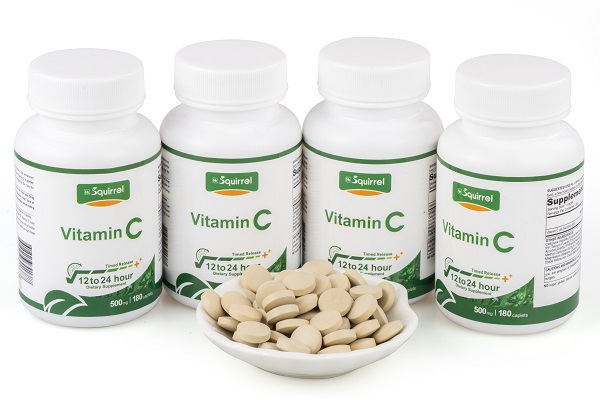 May reduce the risk of heart disease

For example, an analysis of nine studies with 293,172 participants found that after 10 years, those who took at least 700 mg of vitamin C per day had a 25 percent lower risk of heart disease than those who did not take vitamin C supplements. Interestingly, another analysis of 15 studies found that getting Vitamin C from food, not supplements, was associated with a lower risk of heart disease.

Another analysis of 13 studies looked at the effects of taking at least 500 mg of Vitamin C per day on risk factors for heart disease, such as blood cholesterol and triglyceride levels. The analysis found that taking Vitamin C supplements significantly lowered LDL (bad) cholesterol by about 7.9 mg/dL and blood triglycerides by 20.1 mg/dL.

In short, it appears that taking or consuming at least 500 mg of Vitamin C per day can reduce the risk of heart disease.

Gout is a type of arthritis that is incredibly painful and involves inflammation of the joints, especially the big toe.People with gout experience swelling and sudden, severe attacks of pain. Gout symptoms occur when there is too much uric acid in the blood. Uric acid is a waste product produced by the body. At high concentrations, it may crystallize and deposit in joints.

Interestingly, several studies suggest that Vitamin C may help reduce uric acid in the blood, thereby preventing gout attacks. For example,a study including 1,387 men found that those with the highest intake of vitamin C had significantly lower blood uric acid levels than those with the lowest intake.

Another study followed 46,994 healthy men over 20 years to determine whether Vitamin C intake was associated with developing gout.It found that people who took Vitamin C supplements had a 44% lower risk of gout.

Iron is an important nutrient with multiple functions in the body. It is essential for making red blood cells and transporting oxygen throughout the body. Vitamin C supplements can help improve the absorption of iron from the diet.Vitamin C helps convert hard-to-absorb iron, such as plant-based iron sources, into a more easily absorbed form. This is especially useful for people on a meat-free diet, as meat is the main source of iron.In fact, consuming just 100 mg of Vitamin C increases iron absorption by 67%. Therefore, Vitamin C may help reduce the risk of anemia in people prone to iron deficiency.

One of the main reasons people take Vitamin C 1000 mg 60 Tablets Extended Release Caplet Immun Booster, as Vitamin C is involved in many parts of the immune system. 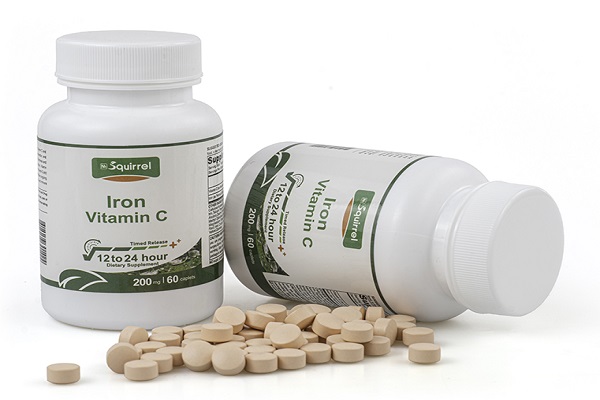 Third, Vitamin C is an important part of the skin's defense system. It is actively delivered to the skin, where it acts as an antioxidant and helps strengthen the skin's barrier.

Protect your memory and thinking as you age

Dementia is a broad term used to describe symptoms of poor thinking and memory. It affects more than 35 million people worldwide and usually occurs in older adults. Studies have shown that oxidative stress and inflammation near the brain, spine and nerves (collectively known as the central nervous system) increase the risk of dementia.

Vitamin C is a strong antioxidant. Low levels of this vitamin have been linked to impaired thinking and memory.

Additionally, several studies suggest that people with dementia may have lower levels of vitamin C in their blood. In addition, consuming large amounts of vitamin C from food or supplements has protective effects on thinking and memory as you age.