Home / News / What is melatonin and the benefits of melatonin?

What is melatonin and the benefits of melatonin?

Melatonin is a hormone produced by the brain in response to darkness. It helps to adjust your circadian rhythm (24-hour internal clock) and sleep. Exposure to light at night will hinder the production of melatonin.

Studies have shown that melatonin also plays other important roles in the body beyond sleep. However, these effects have not been fully understood.

As one of dietary supplements, melatonin can be made from animals or microorganisms, but in most cases they are synthetic. We can manufacture melatonin 10mg controlled release tablet with 60 tablet per bottle, it will release 5 to 8 hour after swallowed, quick-release outer layer and controlled-release inner layer, so taking 1 tablet before sleeping, you will have a good deep sleeping at the whole night, and feel relax when you wake up next morning.

The following information is about melatonin dietary supplements. 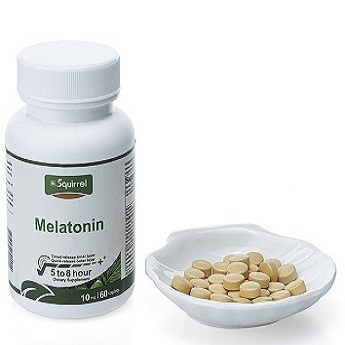 What are the health benefits of taking melatonin?

Elatonin supplements may help treat certain conditions, such as jet lag, sleep-wake delay disorders, certain sleep disorders in children, and anxiety before and after surgery.

When people fly across multiple time zones, jet lag affects them. Due to jet lag, you may feel uncomfortable overall, and you may experience sleep disturbances, daytime fatigue, impaired function, and digestive problems.

Four studies included a total of 142 passengers, and the results showed that after flying eastward, melatonin may reduce the overall symptoms of jet lag better than placebo (an inactive substance). Another study of 234 passengers on Eastern Airlines flights only focused on sleep quality and found low-quality evidence that melatonin may be better than placebo in improving sleep quality.

Two studies involving 90 travelers showed that melatonin may be better than placebo in reducing jet lag symptoms after a westward flight.

People with DSWPD have difficulty falling asleep and waking up in the morning. They usually have trouble falling asleep between 2 am and 6 am, and prefer to wake up between 10 am and 1 pm.

A randomized controlled trial in 2018 involving 307 DSWPD patients lasting 4 weeks found that taking melatonin 1 hour before the ideal bedtime combined with going to bed at the prescribed time can bring multiple improvements. These improvements include falling asleep 34 minutes earlier, sleeping better in the first third of the night, and better daytime functions.

3. Anxiety before and after surgery

Up to 80% of patients experience anxiety before and after surgery. 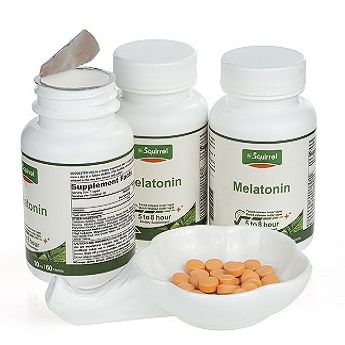 It has powerful antioxidant properties and can help reduce the risk of eye diseases, such as age-related macular degeneration (AMD).

In one study, scientists asked 100 AMD patients to take 3 mg of melatonin daily for 6 to 24 months. Taking melatonin every day seems to protect the retina and delay the damage of AMD without any obvious side effects.

The antioxidant properties of melatonin may help treat stomach ulcers and relieve heartburn.

Tinnitus is a condition characterized by persistent tinnitus. The situation is usually worse when there is less background noise, such as when you are trying to fall asleep.

Interestingly, the researchers suggest that you consider taking melatonin to help reduce the symptoms of severe tinnitus and help you fall asleep.

In one study, 61 adults with tinnitus took 3 mg of melatonin for 30 days before going to bed. It helps reduce the effects of tinnitus and significantly improves sleep quality.

In addition, a small study showed that both lower (0.5 mg) and higher (5 mg) doses of melatonin can effectively stimulate HGH release.

Another study found that the combination of 5 mg of melatonin and resistance training increased men’s HGH levels and at the same time decreased somatostatin (a hormone that inhibits HGH).