Home / News / Zinc-do you know history and benefit of it?

Zinc-do you know history and benefit of it?

Zinc is one of the essential trace elements for human body and plays an extremely important role in the process of human growth and development. It is often praised as the "flower of life" and "source of intelligence". Sea foods rich in zinc among daily foods, it is recommended to eat seafood two or three times in a week.

In 1934, scientists found that animal development was inseparable from zinc;

In 1969,  American doctor Clydeman found that the wound healed quickly after taking zinc.

Vitamin c with zinc controlled release caplet of our company

We suggest taking it if the doctor diagnoses that the child is seriously short of zinc, you can buy some zinc gluconate oral liquid to supplement zinc for the child.

When the adult's body is short of zinc, it can also cause eye damage, such as vision loss, keratitis, retinopathy and so on. Men's lack of zinc can also cause the decline of some sperm and sexual function in men. You should strengthen the conditioning of diet and eat more lean meat, animal liver, oysters and other foods. We recommend a Vitamin C 1000 Mg Improve Immunity Zinc 15 Mg 90 Tablets Timed Release Tablet.

As an organic zinc, zinc gluconate is widely used as a dietary supplement for zinc supplement. Zinc 15 Mg And Vitamin C 1000 Mg 300 Tablets Based On Extended Release, in which 15mg of zinc comes from zinc gluconate. Controlled release is a technical route for releasing, so controlled release tablet is a dietary supplement charged with release in 12 to 24 hours. Although the content of one tablet is Vitamin C 1000mg and 15mg of zinc, the dose is relatively large, However, under the condition of controlled release technology, this dose is very mild and friendly to the stomach and has no stimulating effect on the stomach. 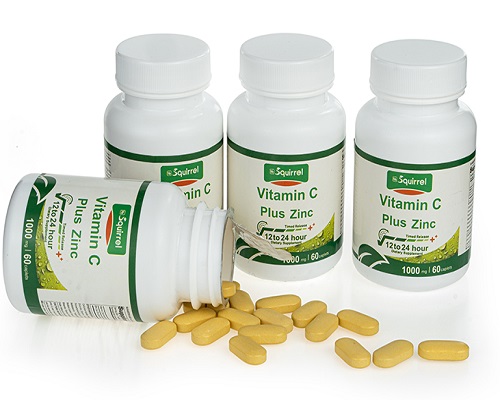 Since its release time is 12 to 24 hours, we need only take one tablet a day to meet the body's daily demand for Vitamin C and zinc. The most important thing is easy and comfortable. We won't worry about forgetting to take it 1 or 2 times because most of ordinary dietary supplements require to take 1-3 times a day.

We have many kinds of packaging, one bottle packing 30 tablets, 60 tablets, 90 tablets, 120 tablets or 300 tablets. You can choose 300 tablets per bottle if you are a big family with five people, per person take one tablet per day, and your whole family can take 150 tablets a month. The 300 tablets can meet the nutritional supplement of the whole family for two months, so as to bring health and happiness to your life.

The important role of zinc in the body

Zinc deficiency will lead to decreased taste, anorexia, partial eclipse and even anorexia, and imbalance of intestinal flora.

Zinc is clinically beneficial to the eyes because it can promote the absorption of vitamin A. The absorption of Vitamin A is inseparable from zinc. Vitamin A is usually stored in the liver. When the human body needs it, vitamin A is transported to the blood. This process relies on zinc to complete the "mobilization" work. 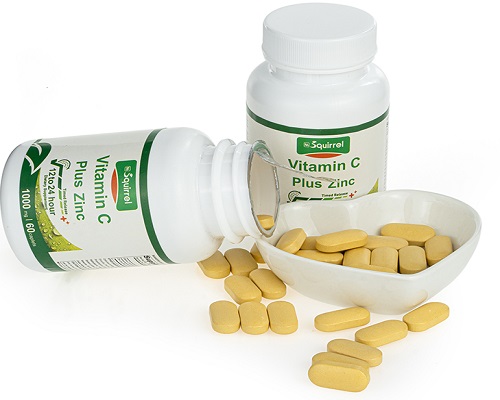 Supplementing zinc to the body is to supplement the essential trace element zinc. Zinc supplement plays an extremely important role in human growth and development, immunity and vitamins.

We may not be able to absorb enough zinc from the diet Because our Chinese daily diet is different, resulting in zinc deficiency. We can eat more foods containing zinc, and we can also supplement some dietary supplements which containing zinc.

Zinc exists in many enzyme systems, such as carbonic anhydrase, respiratory enzyme,lactate dehydrogenase, superoxide dismutase, alkaline phosphatase, DNA and RNA polymerase. It is an essential material for the synthesis of nucleic acid, protein and carbohydrate and the utilization of Vitamin A. It can promote growth and development and improve taste. When it is difficult to ensure the nutrition of normal food, the World Health Organization recommends the use of zinc salt.

Children will have slow growth and development when they are zinc deficiency, they will have poor memory and poor physical nutrition. we suggest giving children some foods with high zinc content.

Zinc mainly exists in marine products and animal viscera. Other foods contain little zinc, such as water, staple foods and children's favorite eggs. There are not many vegetables and fruits containing zinc. Lean meat, fish and egg yolks contain zinc. Animal foods generally contain more zinc, about 3-5 mg of zinc per 100 grams of animal foods, and the amino acids produced after the decomposition of animal proteins can also promote the absorption of zinc. There is less zinc in plant foods. There is about 1 mg of zinc in every 100 grams of plant food. There are beans,peanuts, millet and radish with high zinc content in various plant foods. Lean beef, pork, mutton, chicken heart, fish, oyster, egg yolk, skimmed milk powder, wheat germ, sesame, walnut.