Benefits of vitamin c with zinc tablets for immunity

Typical manifestations of children's poor immunity, such as picky and anorexic children, easy to get sick,and recover very slowly once they get sick. Experts remind us that in the alternate seasons between spring and summer are epidemic seasons such as influenza, bacterial diarrhea, mumps, herpes zoster, tuberculosis and so on. We can let children eat more zinc rich foods and enhance their immunity because people always think that "zinc" is a "hero" to improve children's pickiness and anorexia. In fact, scientific research has proved that zinc supplementation can improve resistance, and children will not get sick!

In 2011, the British evidence-based medicine database (the Cochrane Library) conducted experiments on "zinc supplementation to improve immunity". The experimental data show that zinc supplementation on the first day of cold symptoms can effectively inhibit the disease and reduce symptoms;  After 7 days of catching a cold, patients taking zinc were better than those who had never been supplemented with zinc. Therefore,it is proved that zinc supplement can alleviate serious symptoms, shorten the course of disease and resist human immunity.

90% of diseases are related to immunity, and zinc is an important factor to promote the development of immune organs

Zinc is an important factor in promoting the development of immune organs. Foreign medical geography volume (Volume 23, issue 2, June 2002) published research results that zinc deficiency can lead to the atrophy of thymus,spleen and lymph nodes,which are important immune organs, and the weight can be reduced by 20% - 40%.  At the same time, "Introduction to Japanese medicine" in December 1991 (4) research pointed out that zinc deficiency will reduce the function of immune T cells. Medical research has found that 90% of human diseases are related to immunity. Sufficient zinc can improve the immune function of thymus, T lymphocyte attack, annihilation of pathogenic microorganisms and improve immunity, so as to reduce the possibility of children infected with a variety of epidemic diseases. 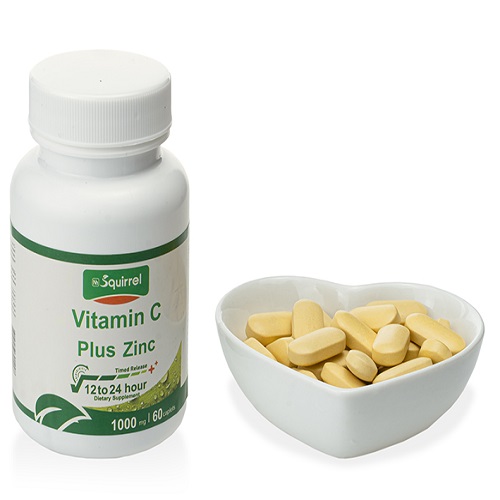 Zinc supplementation has many benefits for children's growth and body development. More than 100 enzymes in the human body contain zinc, which are fused in important body tissues such as protein, nucleic acid and cell membrane. Here are two important roles of zinc:

In terms of intelligence, the weight of the hippocampus in the human brain accounts for about 1 / 80 of the weight of the whole human brain, and the zinc content is 1 / 6 of the total zinc content of the brain. Hippocampus is the core of human higher neural activities. It is the logical component of learning language, receiving and storing information. Therefore, adequate zinc plays a key role in the brain.

In terms of growth, zinc participates in the synthesis of growth mediators and plays a role in growth hormone; Zinc can accelerate cell division and keep cell metabolism at a high level, so as to accelerate the growth and development of children and adolescents. Trace element zinc is also known as "child auxin".

Effect of diet with health benefits of vitamin c and zinc

Dietary habits lead to zinc deficiency in 60% of Chinese children. Why is zinc deficiency so common in Chinese children? Nutrition experts analyzed the dietary habits of Chinese people. The staple food is rice or pasta,and vegetables are mainly fried at high temperature. In terms of cooking methods, zinc is not resistant to high temperature, so it is easy to consume the trace element zinc directly related to resistance in the cooking process. Such drinking and cooking methods lead to the lack of zinc in Chinese children. 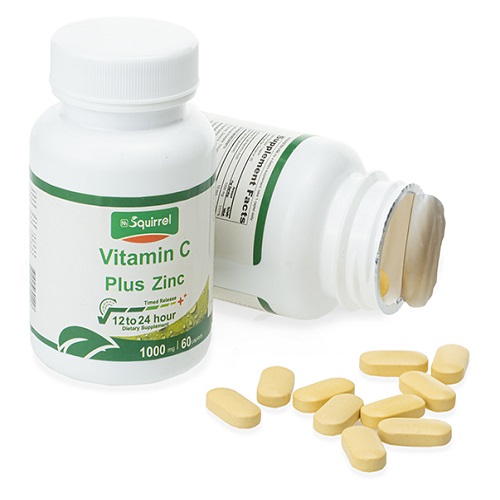 As an organic zinc, zinc gluconate is widely used as a dietary supplement for zinc. Our product title says that 15mg of zinc comes from zinc gluconate. Controlled release technology is a technical route for releasing. Vitamin C 1000 Mg And Zinc 15 Mg 180 Tablets Timed Release Swallowing Tablet is a supplement for Vitamin C and zinc charged with release in 12 to 24 hours. Although the content of one tablet is Vitamin C 1000 mg and zinc 15 mg, the dose is relatively large, However, under the condition of controlled release technology, this dose is very mild and friendly to the stomach, and has no stimulating effect on the stomach.

Because its release time is 12 to 24 hours, we only need to take one tablet in a day to supplement Vitamin C and zinc at the same time, which can meet the body's demand for Vitamin C and zinc every day. Most ordinary dietary supplements require to take 1-3 times in a day, while the advantage of controlled-release tablets is bringing you comfortable and convenient. We take one tablet only in a day, so we don't have to worry about whether we forget to take it 1 to 2 times a day?