Home / News / Did you know the relation that zinc and immunity?

Did you know the relation that zinc and immunity?

The role of vitamin c and zinc tablets

In the alternate season of autumn and winter and winter and next spring, the cold and hot weather is easy to induce colds. Doctors remind us that most viral infections can lead to colds. Taking medicine can't really cure colds.The effect of drugs can suppress symptoms only and make patient feel comfortable. The doctor suggest that we'd better try to take some zinc. The latest research found that zinc supplementation can alleviate the serious symptoms of the cold and shorten the course of disease. In particular, children should supplement zinc before this season to prevent the colds. 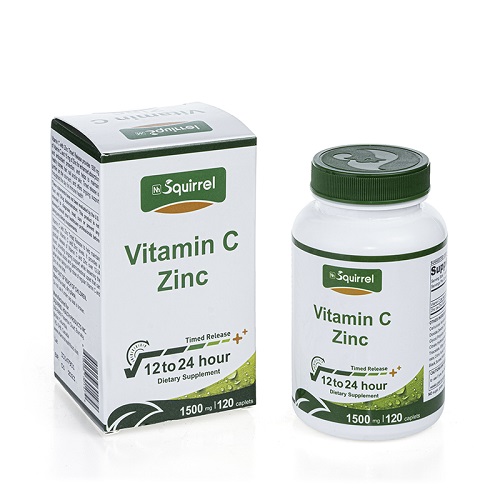 Vitamin c and zinc tablets can shorten the course of cold

It has been reported abroad as early as the 1980s that zinc tablets can reduce the number of days of common cold.

The Journal of infectious diseases also published research results that people of any age who take zinc supplements during a cold can reduce the course of a cold from 7 days to 4 days and cough from 5 days to 2 days.

90% diseases are related to immunity

Medical research has found that 90% of human diseases are related to immunity. Frequent colds are a sign of low immunity. The help of zinc to colds also depends on the relationship between zinc and immunity.

According to the research results published in foreign medical geography, zinc deficiency will lead to the atrophy of important immune organs such as thymus,spleen and lymph nodes, and their weight will be reduced by 20% - 40%.  At the same time, Introduction to Japanese medicine research points out that zinc deficiency will reduce the function of immune T cells.

This is why zinc has an obvious effect on colds. Zinc is an important factor in promoting the development of immune organs. With good resistance, minor diseases such as cold can not only get better quickly, but also avoid the occurrence of other diseases. Don't underestimate the element zinc, it plays a great role in health. 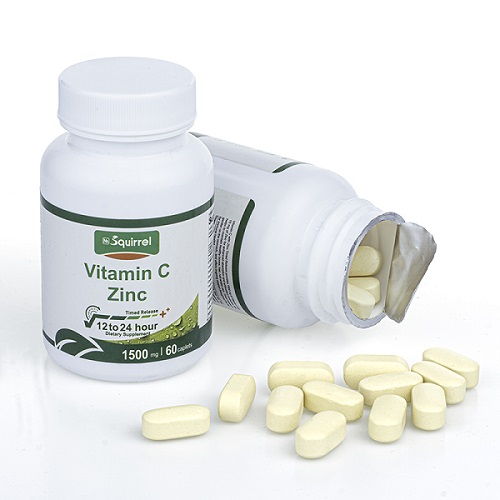 At present, zinc ranks first among the 14 trace elements necessary for human body confirmed by WHO. 50% of zinc exists in muscles and 20% in bones. In addition,20% of zinc also exists in skin, nails, hair and the rest exists in liver, kidney, brain, lung and heart tissues.Therefore, if zinc is supplemented in time, zinc has an inseparable relationship with human growth,body development and metabolism, and zinc is an indispensable trace element for human body.

We have controlled-release technology and produce controlled-release dietary supplements in China. Vitamin C 1000 Mg With Zinc 15 Mg 90 Tablets Sustained Release Tablets are based on our coating film controlled release technology which is our patent. We can manufacture many series of controlled release dietary supplements. Vitamin C 1500 Mg And Zinc 15 Mg 30 Tablets Controlled Release Caplet For Immun Booster, it can supplement both Vitamin C and zinc by taking one tablet every day.Each tablet contains 1000mg Vitamin C and 15mg zinc.Because it is a controlled-release tablet, so it can be released in the body for 12-24 hours after swallowing, that is to say, its release rate is controlled by the outer coating. Adults swallow one tablet in a day can meet the body's needs for Vitamin C and zinc. you will not feel any adverse reaction although it contains large dose of Vitamin C. This release method is very friendly on the stomach and has no stimulating effect.

Another dietary supplement of Vitamin C 1500 Mg 120 Tablets And Zinc 15 Mg Timed Release Tablets. This product has a large dose of Vitamin C. This product is also a popular product selected by consumers.taking one tablet every day to meet your body needs with Vitamin C and zinc supplements and give you a healthy and relax life.