Home / Knowledge / Why do some products have better delayed and controlled release effects?

Why do some products have better delayed and controlled release effects?

When small molecule drugs or dietary supplements are swallowed into the human body, they are often quickly absorbed into the blood without digestion. When the concentration of active ingredients is high, human organs' metabolism and excretion speed, such as liver and kidney, will also increase. For example, when a tall container is filled with water,the water pressure is large, and the water outlet speed from the bottom will be faster. When the water level drops quickly to the bottom, the water flow speed will slow down significantly. The same is true of human metabolism of high concentration active ingredients. Therefore, the drugs prescribed by doctors often require patients to take them two to four times a day, rather than taking the medications for a day at one time. Because taking a large amount of it at one time also speeds up the metabolism, it cannot significantly prolong the action time of the active ingredients but increase the burden on the liver and kidney. Too high concentration is also prone to toxic and side effects.

The sustained-release dosage form can slowly release the effective ingredients in the human digestive tract to absorb them slowly. The concentration in the blood will not be too high and will not decrease rapidly. It does not increase the burden on the liver and kidney quickly. At the same time, the effective ingredients play a more extended role and have a better effect. In addition to the above reasons, there are the following reasons for making the slow and controlled release. Too frequent taking times is easy to miss or repeat taking. It is conducive to reducing side effects, such as the stimulation of high concentration iron ions to the gastrointestinal tract, constipation, black stool, and other side effects, and reducing consumers' daily cost. After making the slow and controlled release, the improved effect can reduce the daily dosage for some expensive raw materials to reduce the cost, such as NMN. In addition, if you take multiple tablets several times a day, the cost of the processing process will increase accordingly. Instead, you take them once a day. Although the cost of each tablet of sustained-release tablets is higher than that of conventional tablets, the number of times and quantity is less. When calculating the daily cost, it is often reduced.

What is sustained release?

Slow-release uses a unique production process to make the effective ingredients release slowly and controllably according to the set speed in the digestive tract. If only the release time is prolonged and the release rate is not uniform, it is generally called XX sustained-release tablets or sustained-release capsules.

What is controlled release?

The sustained release includes controlled release, the most high-end form of sustained-release. The controlled release uses a special production process to release the effective components in the digestive tract at a controllable and uniform speed according to the set speed. Compared with sustained release, it prolongs the release time and has a uniform release rate. In addition to the uniform release, the general release time is also significantly longer than the ordinary release time. Consumers can take it once a day. 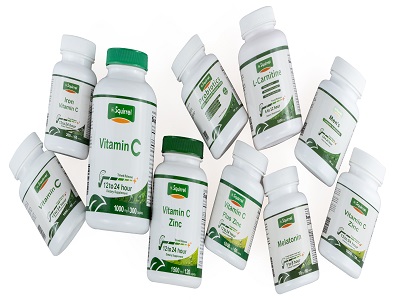 Scientists have also tried to find a way to release the active ingredients of drugs according to demand. For example, when blood pressure and blood glucose are high, release more antihypertensive and hypoglycemic drugs. When blood pressure and blood glucose are low, release less or no antihypertensive drugs and hypoglycemic drugs. Many people may understand controlled release as of this kind of release mode. At present, this release method has not been realized. The definition of controlled release still refers to the slow and uniform release of active ingredients.

What is the positioning release?

Different from slow and controlled release, the release of slow and controlled release is released with time parameters. Positioning release has little to do with time parameters. According to the different physiological environments of different parts of the human digestive tract, through special design, the effective ingredients can stay longer at the required parts or reach specific parts of the digestive tract and then release. The common ones are gastric floating tablets (prolonging the residence time in the stomach), enteric-coated tablets (released from the upper end of the small intestine to avoid damage to the stomach or damage of gastric acid to the active ingredients), small intestinal end positioning release tablets (probiotics) and colon positioning release tablets (intractable colitis, colon cancer, etc. will have a better therapeutic effect and less toxic and side effects). Targeted release generally refers to products with specific release sites in addition to ordinary gastric and enteric-coated dosage forms. The targeted release can also be understood as targeted release products in the digestive tract. Targeted release technology and slow and controlled release technology are two kinds of technical routes, which can be combined as needed technology integration.

Probiotics 20 Billion CFUs colon targeted release tablets will not fall apart and release in the upper part of the stomach and small intestine. Gastric acid and bile can’t enter the tablet core through the protective film to avoid the killing effect of gastric acid and bile probiotics, and protect the 20 billion probiotics from reaching the end of the small intestine, then disintegrating and releasing within half an hour, and so naturally help support your digestive system balance. 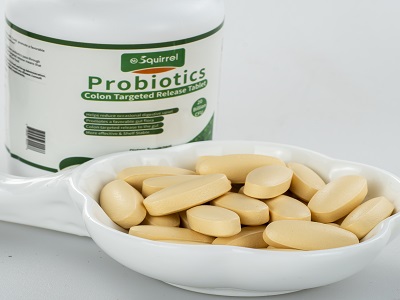 What is a targeted release?