Home / News / How to properly use melatonin?

How to properly use melatonin?

How to properly use melatonin?

Most people think of melatonin as a natural sleep aid, like chamomile tea in pill form. But melatonin is also a hormone naturally produced by our brain, and as long as it is a hormone, even a very small amount, it can have a huge impact on the human body.

How does melatonin work?

During the day, the pea-sized pineal gland in the human brain is inactive. In the first few hours of natural sleep time, the sky begins to darken, the light entering the retina gradually decreases, and the pineal gland begins to secrete large amounts of melatonin. 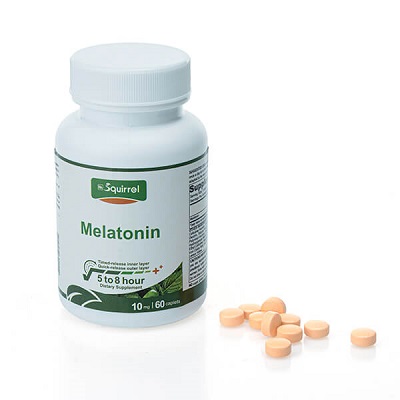 Rather than a lights-out button, melatonin is more of a light dimmer, turning off the daytime function and turning on the nighttime function. So taking a melatonin supplement is like soaking up a little sunset and helping your body feel the night. It doesn't put you to sleep, it tells the body that it's time to sleep.

Melatonin may make you feel a little sleepy after taking it, but its bigger effect is in regulating the cycle time from falling asleep to waking up and helping to set the biological clock, the roughly 24-hour internal timer that tells the body where it is now is the time of day and is synchronized with the outside world.

How does melatonin work?

In a 2013 analysis published in PLOS ONE that combined results from 19 studies involving 1,683 men and women, those taking melatonin supplements fell asleep seven minutes faster and increased overall sleep time 8 minutes. That might not sound like much, but individual differences vary widely, and researchers found that melatonin also improved overall sleep quality, including whether people woke up feeling refreshed.

But there is no guarantee that melatonin will work for you.

How to take melatonin?

We make melatonin in our brains ourselves, but it's measured in picograms, which is one trillionth of a gram, and Rosen describes it as "a tinge of twilight." Over-the-counter melatonin supplements come in much higher milligram doses, with milligrams being one thousandth of a gram. That's a big difference, although the amount that ends up reaching the brain is closer to natural levels.

Many experts recommend starting with the smallest dose you can buy—0.5 mg to 1 mg 30 minutes to an hour before bedtime—and see how it works. If there is no effect, the dose can be gradually increased.