Home / News / What are the side effects of abnormally high intake of Vitamin C?

What are the side effects of abnormally high intake of Vitamin C?

Vitamin C is a very important nutrient that is abundant in many fruits and vegetables. Vitamin C is a nutrient vital to health, helping to form and maintain bones, skin, and blood vessels. It's also an antioxidant, and Vitamin C is found naturally in certain foods, especially fruits and vegetables. Getting enough of this vitamin is especially important for maintaining a healthy immune system. It also plays an important role in wound healing, keeping your bones strong, and enhancing brain function.

Benefits of ascorbic acid vitamin c tablets may include the following

Vitamin C helps the body produce collagen and is found in skin, muscle and other tissues. People with low vitamin C intake may experience slower wound healing because their bodies will not be able to produce collagen.

Vitamin C may help reduce the risk of cataracts and slow the progression of age-related macular degeneration.

Air pollution consists of various substances and chemicals that can negatively affect people's health. Some research suggests that the combination of vitamin C and vitamin E may have antioxidant effects that can help reduce symptoms of asthma and chronic obstructive pulmonary disease.

During an allergic reaction, the immune system triggers an inflammatory response that can lead to symptoms such as swelling and hives. Taking high doses of vitamin C may help reduce allergy symptoms. They also found evidence that low vitamin C levels are common in people with allergies.

In a 2014 study of 70 people who took 2 grams of vitamin C and then spent 20 minutes on a life raft in a wave pool, those who took the supplement experienced less seasickness.

You need take some Vitamin C dietary supplement when you are prone to vitamin C deficiency.

Ours release continuously a long time that will release from 12 to 24 hour in the body, the cost is same as the common timed release Vitamin C tablets, it is important that it bring convenience and save the time for you.

We can manufacture 3 kinds of ascorbic acid vitamin c tablets for you, it should be your good choice

1. Our special time release vitamin c 500mg capsules, 60 tablet per bottle, small round tablets, it can be swallowed easily. 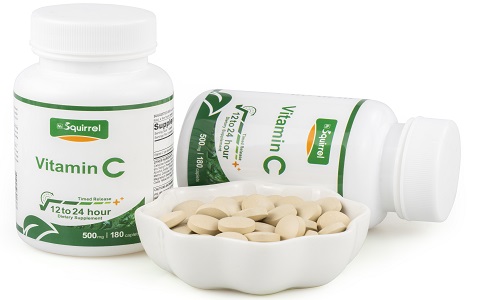 2. Cheap vitamin c 1000 mg controlled release tablet, 60 tablet per bottle, take 1 tablet in a day only. It looks same as regular vitamin c tablets,but you are wrong, you can do a testing with one cup of water, put one vitamin c 1000 mg time release tablet into water, agitate the water with spoon, you find no obvious changes after an hour passed,and there are small change after 2 hour, 5 hour and 10 hour, you will find the active ingredients inner shell change little and little, one WHITE SHELL leave until the active ingredient is dissolved fully. 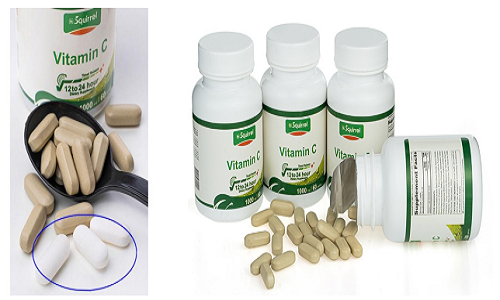 You can do same testing with one cup of water, the WHITE SHELL will float on the surface of water. 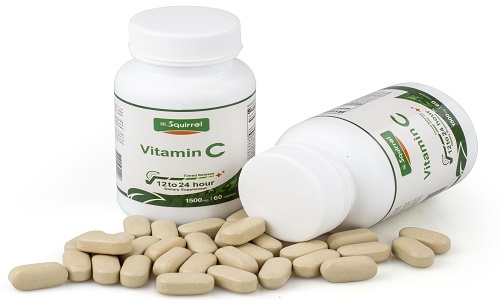 Vitamin C is water-soluble which means it dissolves in water, and not stored in your body.

In contrast to fat-soluble vitamins, water-soluble vitamins do not get stored within the body. Instead, the vitamin C that you consume gets transported to your tissues via body fluids, and any extra gets excreted in urine.

However, many supplements contain extremely high amounts of the vitamin, which can cause undesirable side effects in some cases, such as digestive distress and kidney stones.

Too much vitamin C may cause digestive symptoms.

In general,these side effects do not occur from eating foods that contain vitamin C, but rather from taking the vitamin in supplement form.

You’re most likely to experience digestive symptoms if you consume more than 2,000 mg at once. Thus, a tolerable upper limit of 2,000 mg per day has been established.

Ingesting more than 2,000 mg of vitamin C per day may lead to gastrointestinal upset, including symptoms like diarrhea and nausea.